‘Pacemaker’ for the Brain Can Help Memory, Study Finds

By Benedict Carey for The New York Times 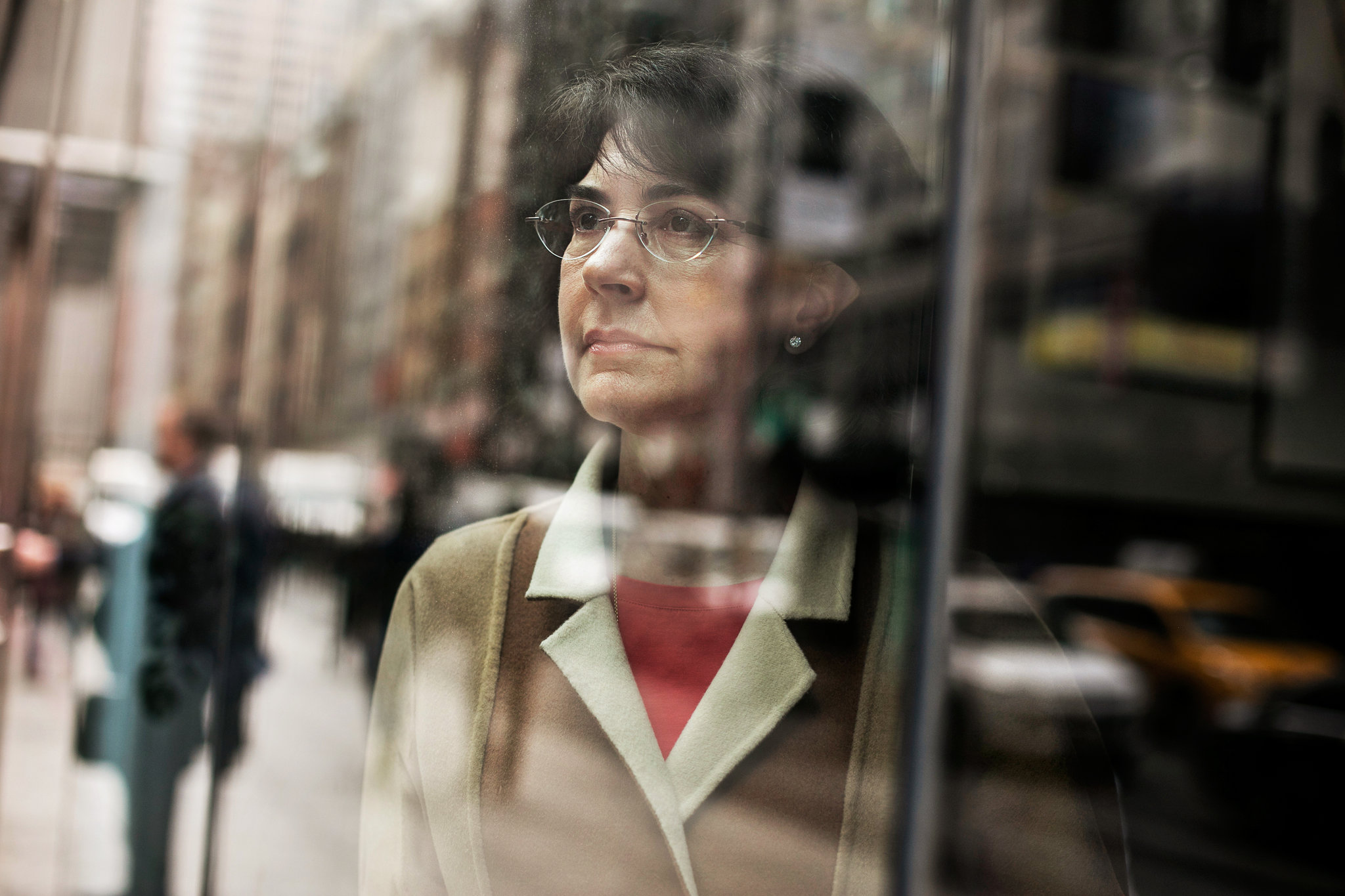 Well-timed pulses from electrodes implanted in the brain can enhance memory in some people, scientists reported on Thursday, in the most rigorous demonstration to date of how a pacemaker-like approach might help reduce symptoms of dementia, head injuries and other conditions.

The report is the result of decades of work decoding brain signals, helped along in recent years by large Department of Defense grants intended to develop novel treatments for people with traumatic brain injuries, a signature wound of the Iraq and Afghanistan wars. The research, led by a team at the University of Pennsylvania, is published in the journal Current Biology.

Previous attempts to stimulate human memory with implanted electrodes had produced mixed results: Some experiments seemed to sharpen memory, but others muddled it. The new paper resolves this confusion by demonstrating that the timing of the stimulation is crucial.

Zapping memory areas when they are functioning poorly improves the brain’s encoding of new information. But doing so when those areas are operating well — as they do for stretches of the day in most everyone, including those with deficits — impairs the process.

“We all have good days and bad days, times when we’re foggy, or when we’re sharp,” said Michael Kahana, who with Youssef Ezzyat led the research team. “We found that jostling the system when it’s in a low-functioning state can jump it to a high-functioning one.”

Researchers cautioned that implantation is a delicate procedure and that the reported improvements may not apply broadly. The study was of epilepsy patients; scientists still have much work to do to determine whether this approach has the same potential in people with other conditions, and if so how best to apply it. But in establishing the importance of timing, the field seems to have turned a corner, experts said.

Experts said the new report gives scientists a needed blueprint for so-called closed-loop cognitive stimulation: implanted electrodes that both monitor the functional state of memory areas, moment to moment, and deliver pulses only in the very microseconds when they’re helpful. The hope is that such sensitive, timed implants could bolster thinking and memory in a range of conditions, including Alzheimer’s and other dementias, as well as deficits from brain injury.

“The cool thing about this paper is that they showed why stimulation works in some conditions, and why it doesn’t in others,” said Bradley Voytek, an assistant professor of cognitive science and neuroscience at the University of California, San Diego, who was not involved in the work. “It gives us a blueprint for moving forward.”

Justin Sanchez, director of the biotechnologies office at the Pentagon’s Defense Advanced Research Projects Agency, which has doled out some $77 million to advance cognitive stimulation, said: “To me, this paper is one of the breakthrough moments on this problem, to find locations in the brain to stimulate in this particular way to boost performance.” 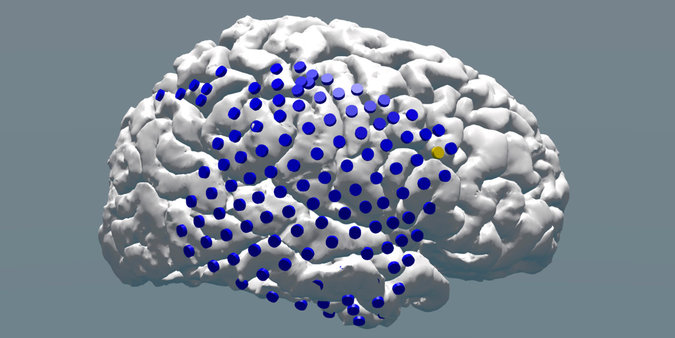 The right hemisphere of a study participant’s brain. The electrodes are overlaid in blue and the one researchers targeted for stimulation is toward the right, highlighted in yellow. Credit Joel Stein and Youssef Ezzyat

The new study is the latest chapter in an extraordinary, decades-long collaboration among cognitive scientists, brain surgeons and people with severe epilepsy being evaluated for an operation. The preoperative “evaluation” is a fishing expedition of sorts, in which doctors sink an array of electrodes through the top of the skull and wait for a seizure to occur, to see whether it’s operable. Many of the electrodes sit in or near memory areas, and the wait can take weeks in the hospital. Cognitive scientists use this opportunity, with patients’ consent, to present memory tests and take recordings.

This approach — called direct neural recording, and piggybacking entirely on the clinical placement of the electrodes — has become the leading edge of research into the biology of human memory. This study used data from 150 patients, and had 20 collaborators from institutions around the country, including Emory University, the University of Washington, the Mayo Clinic and the University of California, San Francisco.

In a series of experiments, the researchers had patients memorize lists of words and later, after a distraction, asked them to freely recall as many of the words as they could. All the while, the scientists monitored a handful of “hot spots” in the brain which, previous work had shown, were strongly related to memory encoding. Before the stimulation tests, the team determined the precise settings for each patient’s high- and low-functioning states.

Each participant carried out the word-memorization tests repeatedly, with different words every time; some lists were memorized with brain stimulation, and other lists with no stimulation, which served as a control. The authors then examined memory performance based on whether stimulation arrived during low- compared with high-functioning brain states.

The team then statistically analyzed the results and found that people scored slightly higher than usual on words when stimulation arrived during a low or foggy state — and worse, when the pulse arrived in a high state. “The average enhancement effect was about 12 to 13 percent,” Dr. Kahana said. “And when stimulation arrived in a good state, the average was about 15 to 20 percent worse than usual.”

Dr. Doris Greenblatt, a psychiatrist who participated in the trial at Emory, said she sought the surgery because her epilepsy had long caused memory problems. “Each seizure I had tore at the fabric of memory, and it was as if my memories weren’t attached to anything,” Dr. Greenblatt said.

She agreed to the memory testing for the study. “It was a little humiliating, to be honest,” she said of the testing. “I would remember one or two items from a list of objects in a kitchen, for instance, then think, ‘Oh no, what else was there?’ ”

She said she had no idea whether the electrodes in her brain were stimulating or not. “All I can say is that it was exhausting, and I worried about how I was doing.” She had the surgery for her epilepsy a year ago, with Dr. Robert Gross, and has not had a seizure since; her memory is also improved, she said.

The timed component in this study represented a clear break from previous approaches. In 2014 the Defense Department had funded another group testing stimulation in epilepsy patients — directly to a brain area near the hippocampus, which is crucial to memory formation. That approach did not take into account brain states, the high and low function, and it was not successful.

“To me,” said Dr. Voytek, the new approach “is a clear demarcation that the era of dumb stimulators is over.”